Epilepsy is a central nervous system (neurological) disorder in which brain activity becomes abnormal, causing seizures or periods of unusual behavior, sensations, and sometimes loss of awareness. Anyone can develop epilepsy. Epilepsy affects both males and females of all races, ethnic backgrounds and ages. Seizure symptoms can vary widely. Some people with epilepsy simply stare blankly for a few seconds during a seizure, while others repeatedly twitch their arms or legs. Having a single seizure doesn't mean you have epilepsy. At least two unprovoked seizures are generally required for an epilepsy diagnosis. Treatment with medications or sometimes surgery can control seizures for the majority of people with epilepsy. Some people require lifelong treatment to control seizures, but for others, the seizures eventually go away. Some children with epilepsy may outgrow the condition

Because epilepsy is caused by abnormal activity in the brain, seizures can affect any process your brain coordinates. Seizure signs and symptoms may include:

Symptoms vary depending on the type of seizure. In most cases, a person with epilepsy will tend to have the same type of seizure each time, so the symptoms will be similar from episode to episode.

Doctors generally classify seizures as either focal or generalized, based on how the abnormal brain activity begins.

When seizures appear to result from abnormal activity in just one area of your brain, they’re called focal (partial) seizures. These seizures fall into two categories:

Symptoms of focal seizures may be confused with other neurological disorders, such as migraine, narcolepsy or mental illness. A thorough examination and testing are needed to distinguish epilepsy from other disorders.

When to see a doctor ?

Seek immediate medical help if any of the following occurs:

If you experience a seizure for the first time, seek medical advice

Epilepsy has no identifiable cause in about half the people with the condition. In the other half, the condition may be traced to various factors, including:

Genetic influence.Some types of epilepsy, which are categorized by the type of seizure you experience or the part of the brain that is affected, run in families. In these cases, it’s likely that there’s a genetic influence.

Researchers have linked some types of epilepsy to specific genes, but for most people, genes are only part of the cause of epilepsy. Certain genes may make a person more sensitive to environmental conditions that trigger seizures.

Certain factors may increase your risk of epilepsy:

Having a seizure at certain times can lead to circumstances that are dangerous to yourself or others.

Many states have driver’s license restrictions related to a driver’s ability to control seizures and impose a minimum amount of time that a driver be seizure-free, ranging from months to years, before being allowed to drive.

Most women with epilepsy can become pregnant and have healthy babies. You’ll need to be carefully monitored throughout pregnancy, and medications may need to be adjusted. It’s very important that you work with your doctor to plan your pregnancy.

Other life-threatening complications of epilepsy are uncommon, but may happen, such as:

People with frequent tonic-clonic seizures or people whose seizures aren’t controlled by medications may be at higher risk of SUDEP. Overall, about 1 percent of people with epilepsy die of SUDEP.

How do you help someone who is having a seizure?

Tips for living with epilepsy

It can be challenging to live with epilepsy. But if you have the right support, it’s possible to live a full and healthy life.

Tips for caring for someone who has epilepsy

How can you prevent seizures ?

In many instances, a seizure isn’t preventable. However, maintaining a healthy lifestyle can give you the best chance at reducing your risk. You can do the following: 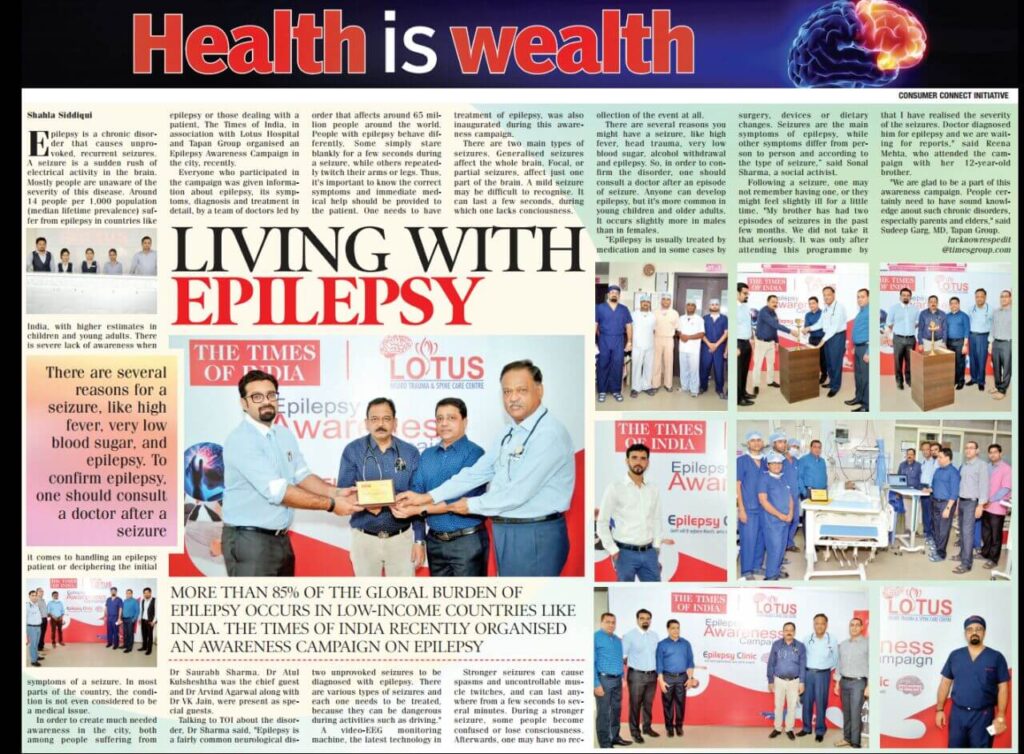